The Marshall Thundering Herd men’s basketball team came back from an 11-point half-time deficit to defeat their conference rivals from Western Kentucky 70-69 on Saturday night before a near-capacity crowd at the Cam Henderson Center. The game came down to the last second as the Herd’s defense stood strong and clenched the victory.

“We are Marshall. We like to scare people,” Jannson Williams said after the game.

At halftime, Marshall University Athletics unveiled the new statue of legendary Thundering Herd great Hal Greer, which will soon be erected outside the Cam Henderson Center. Greer was the first black scholarship athlete at Marshall University and went on to a stellar career in the NBA with the Philadelphia 76ers. Both clubs has since retired his number (16 and 15 respectively). The sculpture was created by local Huntington artist Frederick Hightower. 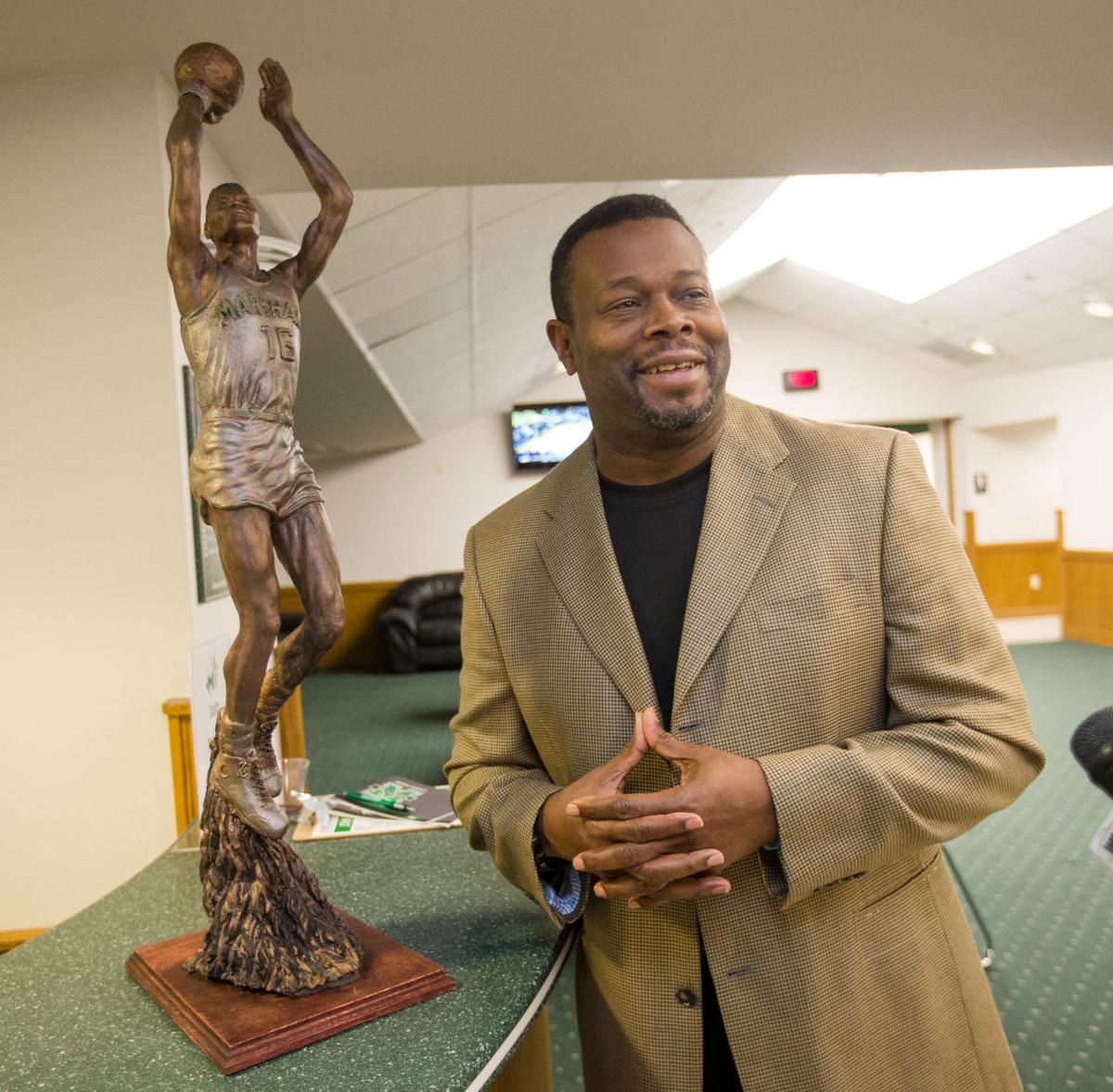 Sholten Singer/The Herald-Dispatch. Sculptor Frederick Hightower with his scale model for the sculpture of Hal Greer at the Cam Henderson Center.

The Herd is now undefeated (3-0) in Conference USA and will next host Florida Atlantic on Thursday, January 17 at 7 p.m.

Photos by Joshua Murdock below the ad.