The city of Huntington, West Virginia, has several connections to black history in America. One of the more illustrious ones, Dr. Carter G. Woodson, the founder of Black History Month, was graduated from and later principal of Douglass High School here in the Jewel City.

Dr. Woodson earned his title as the father of black history for his efforts to raise awareness of the historical importance of African-Americans both in society and in academia. A statue honoring Woodson stands in Huntington near the intersection of Carter G. Woodson Avenue and Hal Greer Boulevard.

Huntington Mayor Harold Frankel congratulates Hal Greer at the renaming of Sixteenth Street to Hal Greer Blvd in 1978. From the personal collection of Linda Frankel.

The placement of the Dr. Woodson statue couldn’t be more fitting. Hal Greer, the basketball sensation for whom Hal Greer Boulevard is named, is another of Huntington’s most accomplished sons. Selected as one of the top 50 NBA players of all time in 1997, Greer was still there (coming in at number 41), when Sports Illustrated updated the list in 2016.

But Hal Greer’s contribution to the world was much more than just as an excellent basketball player. He was a trailblazer that broke down racial barriers for both Marshall University and the state of West Virginia.

Greer was born in Huntington in 1936 and was a star athlete at Douglass High School where he caught the attention of legendary Marshall coach Cam Henderson.

Henderson recruited Greer to join the Thundering Herd basketball team, and in 1955 Hal Greer became the first African-American athlete to receive a scholarship from MU. Roy Goins, the standout Marshall football player, would beat out Greer to become the school’s first black varsity athlete by a only few months. However, Goins was a walk-on player while Greer was the school’s first African-American to be recruited and receive an academic scholarship.

This also made Greer the first scholarship athlete to break the color barrier at one of West Virginia’s historically white colleges as Dick Leftridge didn’t become the first black athlete at West Virginia University until seven years later.

During his time at Marshall, Harold Everett Greer would lead the Thundering Herd to a Mid-American Conference title and the school’s first NCAA Tournament appearance in 1956. He was named an all-conference player in 1957 and 1958, and in 1958 Greer was selected in the second round of the NBA Draft by the Syracuse Nationals.

Greer initially believed he would never make it against the world’s best basketball players.

“I didn’t think I had a chance at all,” Greer told NBA media upon his induction into the Naismith Basketball Hall of Fame. “In fact, when I first got to the team facility I didn’t even unpack my bag.”

Greer did more than just make it, however. He immediately began contributing to the Nationals, averaging more than 11 points per game as a rookie. His average would go up in his second season to just above 13 points a night before he exploded during his third season scoring nearly 20 points a game in 1960-61. This gave Greer his first of 10 consecutive NBA All-Star selections.

The lanky, smooth-shooting Greer was a star in Syracuse. In 1963, when the Nationals relocated to Philadelphia and changed their name to the 76ers, Greer’s success continued. During his first year in Philly, he set a new career high for scoring, averaging nearly 24 points per outing. 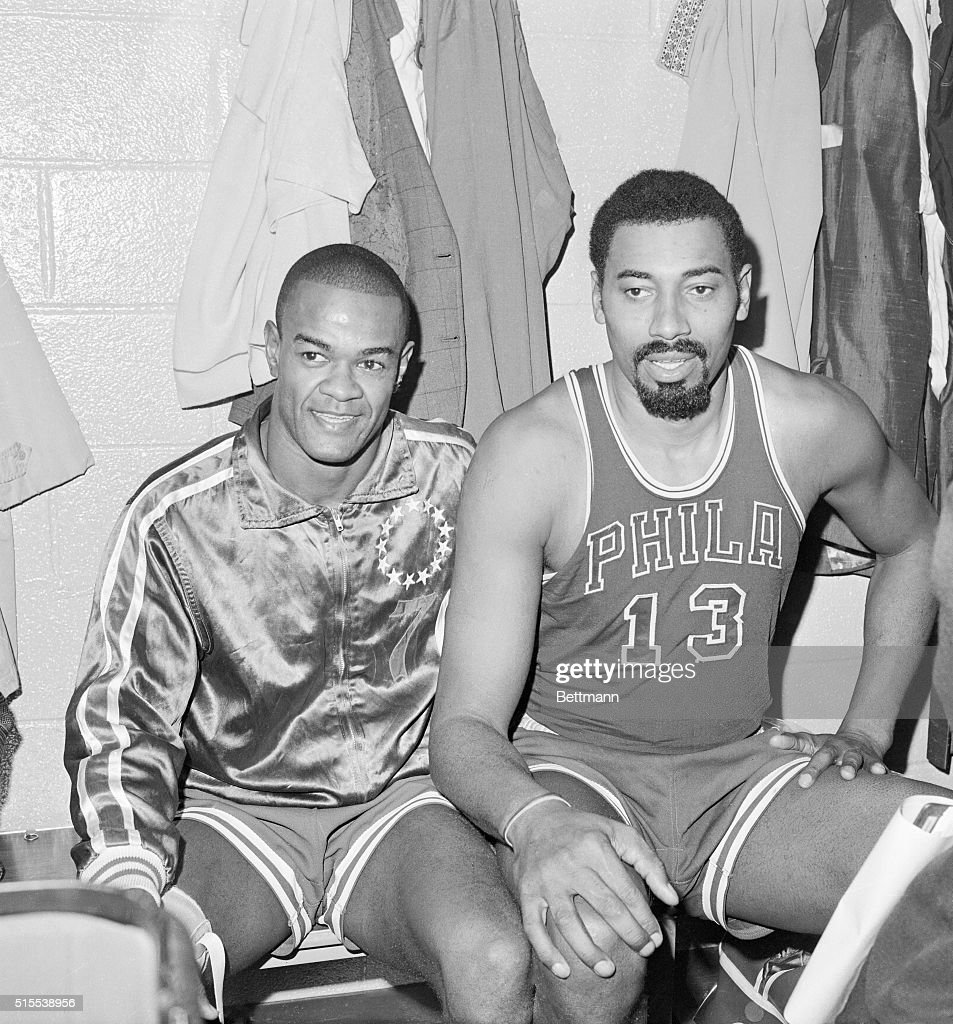 The team, however, wasn’t having the same kind of success that it had in Syracuse. The Sixers finished the season with a losing record of 34-46. Halfway through the 1964-1965 season, Philadelphia made a trade to acquire a new center named Wilt Chamberlain. Chamberlain, paired with Greer, made the Sixers an almost instant title contender.

Playing alongside Chamberlain, Greer saw his individual star diminish as Wilt commanded more of the spotlight. On the court, however, the West Virginia native was as tough as ever. In the 1966-67 season, the 76ers tore through the NBA’s Eastern Conference, finishing the regular season with 67 wins and just 13 losses.

In the Eastern Conference finals, the Sixers would have to face off with a Boston Celtics dynasty that had won the previous eight NBA championships. But the Celtics proved not to be serious competition for the 76ers. The combo of Greer and Chamberlain dominated the Bill Russell-led Celtics, winning the series 4-1.

Greer had three games where he scored more than 30 points and averaged 29.2 points a game in the series, helping to propel the 76ers to the title game where they would take on Rick Barry and the San Francisco Warriors.

Going into the championship series, the media and fan focus was again on Wilt Chamberlain. But those inside the locker rooms of the two teams knew Hal Greer was the key to Philadelphia’s success.

“Greer is the guy who makes the whole thing go,” said an unnamed sportswriter in a column for the New York Herald-Tribune in 1966. “If there were an award given for a player who is most respected by basketball insiders while getting the minimum public appreciation, Greer could win hands down.”

Greer was spectacular in the series against the Warriors nearly averaging a triple-double (26 points, eight rebounds, and 6.2 assists) as the Sixers won the series 4-2, claiming their first NBA title since moving to Philadelphia and the franchise’s first since 1955.

In the 1960s Greer was considered one of the top three guards in the NBA along with Oscar Robertson and fellow West Virginian Jerry West. He would go on to play six more seasons after that championship win in 1967. He had his best individual season in 1968 when he averaged more than 24 points a game.

This induction into the Hall of Fame once again saw Greer blaze a trail for black athletes in West Virginia as he became the first African-American from the state to be enshrined in one of America’s big three athletic halls of fame. Randy Moss will join Greer in that category when Moss is enshrined in the Pro Football Hall of Fame in Canton, Ohio in August of this year.

A statue outside of the Philadelphia 76ers Training Complex in Camden, New Jersey, honors Greer’s contributions to the franchise and “Hal Greer Boulevard” in Huntington serves as one of main arteries into the heart of the city.

So, as Black History Month comes to a close, Thundering Herd fans should look back fondly on this son of Marshall. He not only made his mark on the sports world but also became a beacon of hope for people of all colors across the Mountain State.